One of the most powerful tools in the FileMaker window-management arsenal is the card window. A card window displays one layout layered in front of the existing layout, and within the current window. This technique is primarily used for detailed dialogs or wizards, providing a more flexible option than the traditional FileMaker custom dialog.

Let's take a look at how to implement card windows:

Card windows are created and controlled with New Window, Move/Resize Window, and Close Window script steps. From the new window script step dialog in scripts workspace, select window type "Card". Two window options are available: the ability to include a default close button on the card and the ability to dim the parent window. 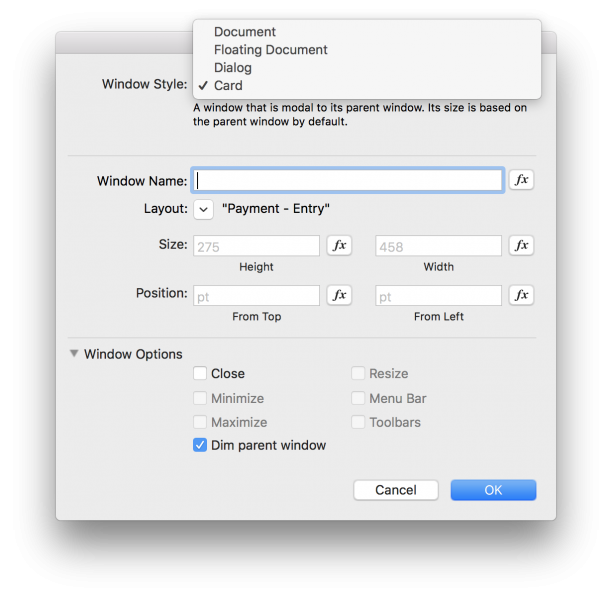 Here are some behaviors of FileMaker card windows: 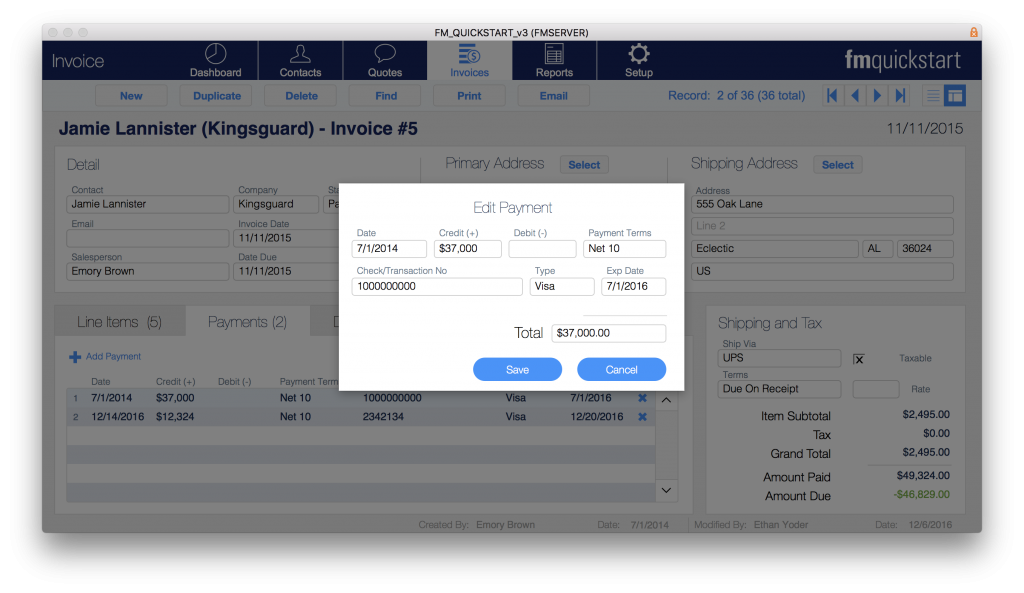 "I can do all of this with a popover, right?"

A similar effect to the card window is possible with a popover, and before card windows were native to the FileMaker platform this was the only option. The effect can be accomplished with the following:

Whew, that's a lot of steps!

So which is better? All other things being equal, card windows have a number of powerful advantages.

The primary advantage is that the card window is completely independent layout from the original layout. This means that the dialog screen can be set up in a single layout, and then referenced from any other screen in the app. In contrast, popovers would need to be created on each layout they appear, requiring duplicate development work.

Another huge advantage of a card window is it can display records from other tables, without the need for joins or portals. This is the ideal way to ensure optimized performance is achieved. It also keeps the app thinner, since less schema is required.

Pound-for-pound, card windows beat out popovers when a dialog message is required to overlay the screen. Let's look at some examples of how to make the best use of card windows:

A database is entirely useless without a way to retrieve the data stored within. Users need to be able to quickly retrieve data, accomplished with FileMaker's Find Mode, and also relate existing data together. Perhaps the most popular way to solve relating data is with a picker (also know as a selector). Pickers provide a simple way to select values and relate data. A classic example would be a picker which allows the user to select a customer for an order, from a database table of all customers.

Since card windows can display data from other tables easily, they make an ideal picker. They allow the picker to overlay the original record, while still having that background context for users to quickly orient themselves if distracted from the screen while mid-task.

Another great use is anytime an action dialog needs to be more complex than a default custom dialog. Custom dialogs are constrained to a maximum of three options with a fixed-width buttons, which can be problematic when trying to create actions which are self-describing. In contrast, card windows as dialogs can be customized to have as many options and flexible button sizes, removing limitations. It does take longer to implement a card (requiring building a new layout), with the positive tradeoff of having the entire layout mode toolkit available.

Design tip: use dialogs sparingly because they are very disruptive. The sudden overlay forces the user to stop their flow / task to address the message.

With the addition of card windows, the FileMaker platform puts the ability to create rich dialogs at developers' fingertips. Use them in your next app to create stunning interfaces which captivate and delight.

If you want to see examples of card windows, we will make available for download a new version of our FM Quickstart FileMaker Template that utilizes FileMaker Card Windows and new features in FileMaker 16 platform.

Did you know we are an authorized reseller for FileMaker Licensing?
Contact us to discuss upgrading your FileMaker software. 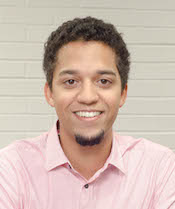 7
8
9
10
11
12
13
14
15
16
17
18
"Our experience with DB Services was excellent. They were very flexible and always willing to find workable solutions to any of our concerns, working with us as partners in our unique and fairly complicated product and took the time to listen to our needs and ensure that the final product was both functional and effective for our intended purposes. We had a wonderful experience working with the DB Services team!"
Program Director
"We were actually able to add more features than we thought would be possible within our budget. We always experienced a ‘can do’ attitude and DB Services was incredibly patient and easy to work with."
Courtney Hartman
Art Director
"The new FileMaker custom website interface is very user-friendly and easy to follow for our clients. In addition, it is much faster than the old Instant Web Publishing (IWP) interface. Thank you and all the others who have helped us out at DB Services. I am very grateful for the excellent service you provide us. Its nice to know we can call you for help if we have an issue."
Wayne Capek
President
"We needed a solution that would simplify the administration of our responsibilities under our contract with the State of Indiana. We have seen a dramatic increase across the state in the number of potential foster and adoptive parents that have begun the preparation and training process. This increase has resulted in a significant opportunity for children available for adoption. That’s a big win for everyone! And it’s all because we can refer potential parents to the proper state contacts efficiently and quickly."
Chris Morrison
Executive Director
"Thank you for all of your expertise and valuable help. I am so grateful to have found DB Services."
Linda Findlay
Owner
"Thank you for our new database system. We transitioned from a carbon copy paper based system to a digital database. The software has saved us time and money. We used to archive all our jobs in cabinets, now we can look up a job in seconds from anywhere. The software allows us to easily email estimates to our customers in pdf format. In a year there was a return on investment just from eliminating the purchasing of our carbon forms."
Todd Cartmel
Owner
"The new system allows us to create and track jobs for customers along with inventory, something we had been doing with separate word and spreadsheet files. Because it’s now so intuitive, new staff members are able to begin using the database immediately without our usual training session and ‘cheat sheets’ for getting around within the file."
Tom Andrews
President
FileMaker JSON Functions
FileMaker
←
FileMaker Data API
FileMaker
,
Web Development
→